"SONG FOR MY FATHERS" SHOW AT LE CHAT NOIR!

For those of you who missed the "world premiere" at Tulane's Dixon Hall one year ago, Le Chat Noir theater is presenting a reprise of the stage show based on "Song For My Fathers." The multimedia show features readings and narration by yours truly; music by the Preservation Hall All-Stars; and projections of rare archival photos and videos depicting the legendary jazz players—George Lewis, Sweet Emma Barrett, Punch Miller and many others—who taught me about their music and their humanity nearly a half century ago. Show dates: May 13-15; 21, 22
Check the trailer: http://www.youtube.com/watch?v=j_si5OXylZs
Online reservations on the Chat Noir site:
http://www.cabaretlechatnoir.com/index.php?id=298
Posted by Tom Sancton at 8:14 AM No comments: 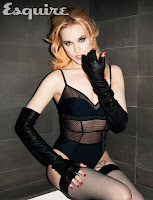 She's hot. She has tatoos. She's sexually ambivalent. And she's interviewed in Esquire by my son Julian. (Damn! When I was in the news business, I only got to interview people like Jacques Chirac.)
Check it out:http://www.esquire.com/women/women-we-love/evan-rachel-wood-tattoos-0511
Posted by Tom Sancton at 9:23 AM No comments:

After a total remake by graphic artist Hamish Robertson, Sylvaine's new website is now online. The elegantly sober design features some three dozen pieces of her sculpture (bronze, wood, glass, stone and mixed) and will soon include her photography. Check it out: http://sylvainesancton.com
Posted by Tom Sancton at 4:54 PM No comments:

Posted by Tom Sancton at 6:40 AM No comments: 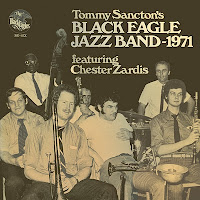 The Black Eagles are back in town! Well, some of them, anyway. The band's original front line (cornetist Tony Pringle, trombonist Jim Klippert and myself on clarinet) will be reunited with Black Eagle banjoist Peter Bullis at the Palm Court Jazz Café on Wednesday, April 7, 8 - 11 pm. We will be joined by Lars Edegran on piano, Kerry Lewis on bass and Frank Oxley on drums. (Cf. article in this week's Gambit:http://www.bestofneworleans.com/gambit/tom-sanctons-black-eagle-reunion-band/Content?oid=1658579
This will mark the first time the original Boston-based Black Eagles have played together in New Orleans since our appearance at Jazzfest in 1971, the year we recorded our first album with the legendary Chester Zardis on bass. The Jazzfest gig will live forever in our memories because Kid Ory was sitting on the front row and shook our hands after our set. (Woody Allen was also on hand, waiting in the wings with the Galvanized Washboard Band.)
After I graduated from college and left Boston in 1971, the band was reorganized as the New Black Eagle Jazz Band and went on to fame (if not fortune) with U.S. and European tours and numerous recordings. And they're still at it 40 years later! (Check their website: blackeagles.com)
In addition to the Palm Court gig (1206 Decatur Street), the Black Eagle Reunion Band will play on the French Quarter Festival on Sunday, April 10, 1:15 - 3:15, 600 block of Bourbon Street. Copies of our now historic 1971 CD will be on sale at both venues (also available through the blackeagle website).
Y'all come!
Posted by Tom Sancton at 8:37 AM No comments:

THE MAN WHO SENT US TO LIBYA

Want to know who pushed the French into a premature recognition of a rag-tag band of tribal rebels as the official government of Libya—and by ricochet, prompted the U.S. and NATO to intervene in an Arab civil war? According to the April 2 New York Times, it was the single-handed work of a French philosopher named Bernard-Henri Lévy. http://www.nytimes.com/2011/04/02/world/africa/02levy.html?scp=1&sq=berhard-henri&st=cse
Bernard-Henri Lévy, popularly known as BHL, is no newcomer on the French scene. He is a man who never met a microphone he didn't like or saw a stage that he did not want to occupy. He first sprang to prominence in the 1970s as one of the so-called "new philosophers." Those were the disillusioned French leftists who, somewhat belatedly, discovered that the Gulag was not a nice place. That was the brilliant perception at the heart of his 1977 bestseller, Barbary with a Human Face (the title sounds better in French).
Since then, Lévy has made a career of dispensing his political opinions via countless magazine articles, op-ed pieces, books, and characteristically French talk shows where everyone talks at once and insults one another. The main advantage to him of the TV appearances is that they allow him to show off his invariably white designer shirts, worn rakishly décolleté, and his lovingly coiffed mane of (now graying) black hair. The other advantage of his self-sustaining celebrity is that it helped him attract leggy blonde lady friends like singer-actress Arielle Dombasle, whom he married in 1993.
Over the years, Lévy has embraced causes ranging from the Afghan mujahidin (since become the Taliban), the Iraq invasion (he was for it), the defense of Israel, western intervention in Bosnia... Okay, he is usually on the right side of important issues (at least from the American point of view), but he manages to become aggravating with his incessant, predictable, and highly visible espousing of something. He flogs causes the way Häagen Dazs flogs flavor-of-the-week ice cream.
His latest cause is the largely unknown Libyan opposition—whose exact composition the C.I.A. can't even figure out—that seems to be made up largely of tribal leaders, defecting soldiers, adventure-seeking teenagers, and Islamists, along, one would hope, with some genuinely democratic professionals and intellectuals. The point is, we don't know
who they are. When Qaddafi is gone—which we all cheering for—we may be facing a Libya run by Islamic fundamentalists, or military officers, or groups so riven by factionalism that, like Iraq, they can hardly function at all.

Such uncertainties did not stop Lévy from charging single-handedly into Libya (well, not really single-handedly, since he also invited some photographers along to document his adventure), contacting
rebel leaders and offering to put them in touch with French President Nicolas Sarkozy. The next thing anyone knew, Levy and rebel leader Mahmoud Jabril were sitting in Sarkozy's office in the Elysée Palace. They convinced Sarkozy, who was caught flat-footed by the Tunisian and Egyptian uprisings, to shore up his own stature by taking the lead among Western nations in recognizing the rebels as the legitimate government of Libya. Incredibly, the French President not only agreed, but immediately promised to send an official ambassador to rebel-held Libya and bomb three Libyan airports. And Sarkozy became a leading advocate for the U.N.-mandated no-fly zone and the full-fledged Western intervention that followed. Where it will all end knows God. But for better or worse—at least "by his own reckoning," as the Times puts it—we apparently have Bernard-Henri Lévy to thank for it.
And that's scary.
Posted by Tom Sancton at 7:46 AM No comments: