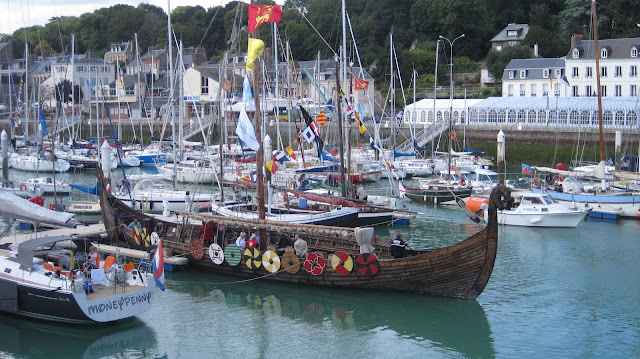 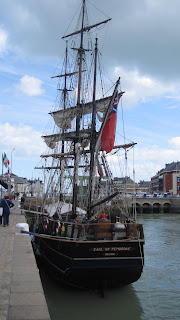 Sylvaine and I just spent three days in St. Valery en Caux, a fishing village on the coast of the Upper Normandy where we have a summer house. St. Valery is nestled into a natural breach in the chalk cliffs that line the Channel coast from Fécamp to Dieppe. About half of its original stone and brick houses were destroyed by Field Marshal Erwin Rommel after he captured the town in June 1940 in one of the last battles before the French surrender and armistice. Most of the seafront was hastily rebuilt after the war, but the old part of town, where he have our house, still has the look and feel of "old" St. Valery. The town's centerpiece is an ancient port lined by 40-foot high stone walls. The tides are so strong that the port empties out at low tide and the level rises 30 feet or more at high tide. The beach is covered with stones that were originally part of the cliffs. Walking on them in bare feet is painful, which, along with the chilly waters, keeps the tourist population down to tolerable levels compared to, say, Deauville with its powdery sand beach or the more famous Mediterranean resorts. On this weekend, though, there was a large crowd in town for the annual "Fête de la Mer," which attracts spectacular sailing ships from all over Europe and features outdoor concerts, food vendors and local arts and crafts. Sort of like Jazzfest without the jazz. The weather was typical for a Normandy summer: rain and overcast alternating with sunny spells and average temperatures in the 60s and 70s. It's hard to make the locals believe in global warming. During the five years since we bought our house there, we have gotten to know the place pretty well. It has a long, dark history--plagues in the Middle Ages, countless shipwrecks and drownings at sea, wartime destruction, etc.--all which makes it a fascinating setting for  novel I am currently working on. 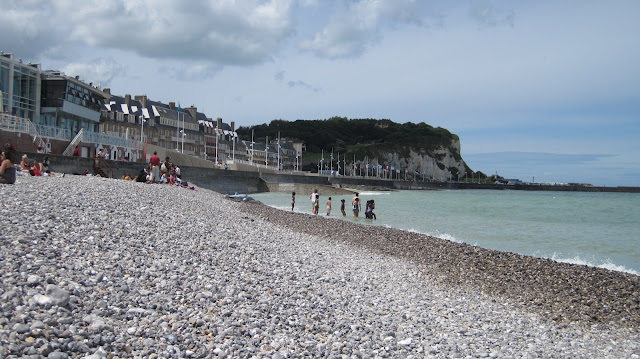