Jason Berry (bless his heart) made this nice mention of our "Hymns & Spirituals" CD in his latest column for New Orleans Magazine. Excerpts: 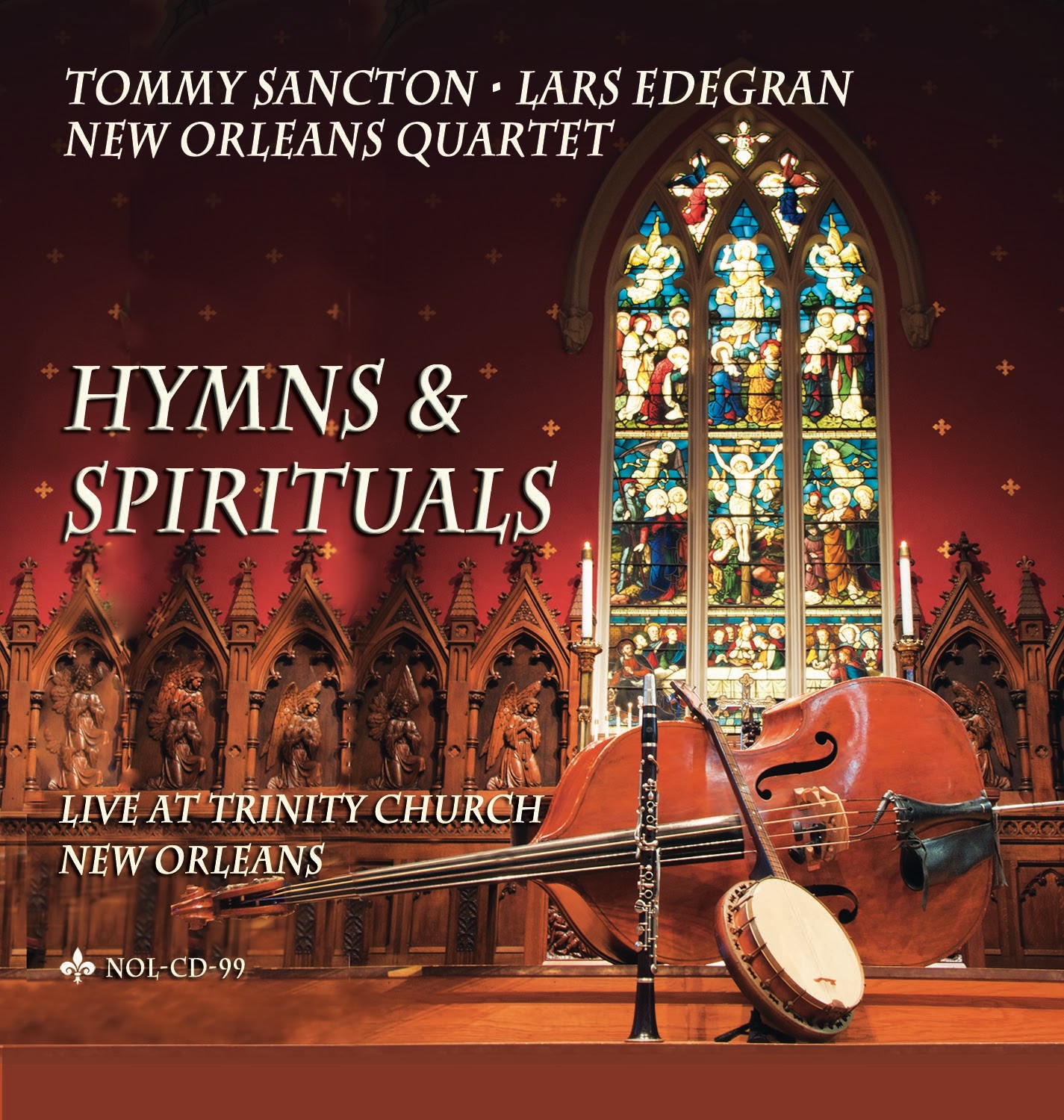 Clarinetist Tommy Sancton and pianist Lars Edegran do a splendid job on instrumental versions of  songs from those early quartets and the repertoire of street bands. Hymns & Spirituals. New Orleans Quartet (NOL-CD-99) culls 14 songs that were recorded at live performances in Trinity Episcopal Church, between 2007 and ’09.

Since Sancton returned several years ago to his hometown after a journalist’s career in Paris, the one-time student of the peerless George Lewis has become a mainstay of the traditional jazz community. On numbers like “In the Garden” and “Abide With Me,” Edegran’s anchoring work on piano gives Sancton room to roam; his lines quaver and soar like a vocalist in flight. Of all the instruments in the classic jazz ensemble – or a parade band for that matter – the clarinet is the woodwind that, at its best, comes closest to intoning a feminine essence.

In his memoir, Song For My Fathers, Sancton writes of his lessons under George Lewis: “He would go up and down the horn, weaving in and out, sometimes harmonizing with the melody, sometimes leaving space and playing a counterpoint, something laying down a rhythmic arpeggio. His tone was gorgeous, especially when he let his horn sing out on the long notes with his plaintive vibrato.”

The “plaintive vibrato” is every clarinetist’s goal, fusing the sadness and sweetness that give church song an essence of the blues. “Nobody Knows the Trouble I’ve Seen” has a slow moody blues melancholia to fit a harmonizing quartet, with no musical accompaniment, or a clarinetist undulating across a landscape of African-American memory, the notes supplanting the tolling lines of sorrow.

Lars Edegran’s supple piano gives Hymns & Spirituals a base line to dramatize the nature of melody, a songline that draws its beauty, instrumentally and in human voices, which swing together.

Order online:
http://www.cdbaby.com/cd/tommysanctonlarsedegrann
Posted by Tom Sancton at 9:28 AM 2 comments: 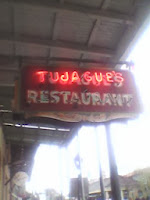 Thank goodness for Mark Latter. He's the man who saved Tujague's from becoming a seedy French Quarter T-shirt shop and preserved New Orleans's second oldest restaurant (est. 1856) following the death of his father, longtime owner Steven Latter, last February. Sylvaine and I had lunch there last week and were delighted by the elegant sobriety of the decor—white tiles, white walls, starched white tablecloths—the service, and especially the food. Though I grew up in New Orleans, I must confess that I had only eaten there once before, with my mother en route to Preservation Hall back in the 60's. What I had on that occasion was what Sylvaine and I ordered this time: the famous beef brisket with horseradish sauce. It was better than in my memory. Sylvaine, who is very picky about food and restaurants, announced that it was in fact a French pot au feu—potted beef stewed with vegetables—and found it excellent. (To be thoroughly French, though, she said it needed some leeks along with the carrots and potatoes.) For starters, Sylvaine had the shrimp remoulade and I had the gumbo. The shrimp were cooked to perfection—that is, not overcooked and rubbery as is often the case—and the remoulade sauce was zesty and piquant comme il faut. I've had better gumbo, but this one was decent.

What I appreciated about Tujague's was its respect for tradition mixed with a total lack of pretension. That is in keeping with its history. It was never a fancy restaurant for the silk stocking crowd and well-heeled tourists. It began as a place where the vendors at the French Market ate breakfast or lunch during their long workdays. My great grandfather, Simon Palanque, was a French-born butcher at the market and, I presume, a regular at Tujague's and the now defunct Begué's. Thanks again, Mark Latter. We'll be back. Maybe even today...

Posted by Tom Sancton at 8:11 AM No comments: