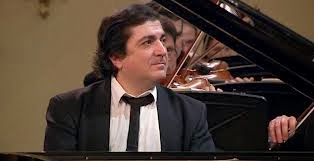 Heard a superb piano recital at Tulane's Dixon Hall last Monday by Armenian pianist Sergei Babayan performing a breathtaking program of Liszt, Mussorgsky and Chopin. His touch on Mussorgsky's "Pictures at an Exhibition" was all force and energy. On the six Chopin pieces, he managed to evoke all the intensity of feeling without succumbing to the excessive romanticism that often (to my mind) mars interpretations of this great Polish composer. The evening was part of Tulane's (free) Concert Piano Series. Bravo l'artiste!
Posted by Tom Sancton at 10:40 AM No comments: 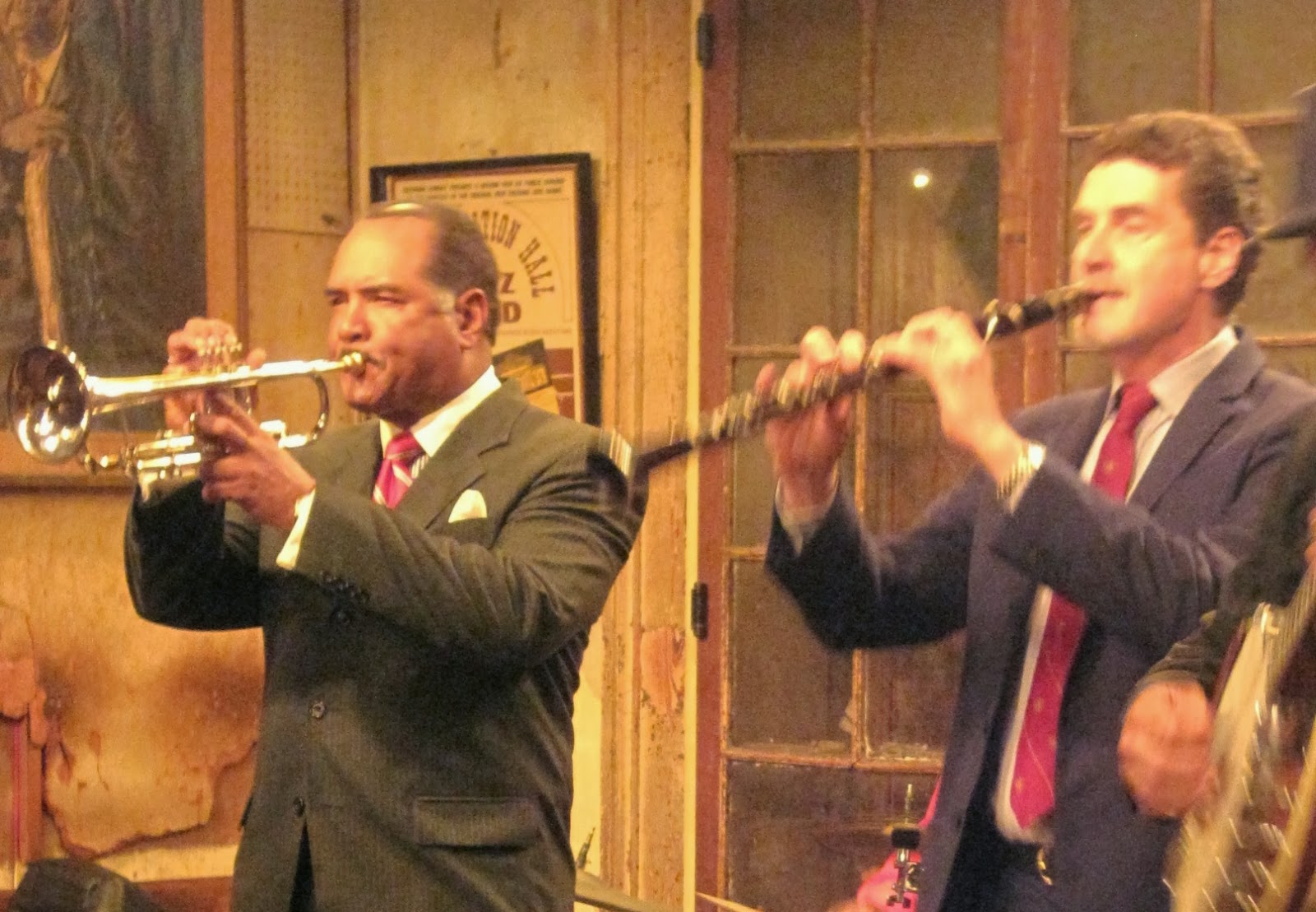 The gig at Preservation Hall last Sunday was something special. Trumpeter Wendell Brunious led the group and really took charge on the bandstand, calling great tunes, making the announcements, telling jokes, and singing a bunch of songs (including two of his own compositions). He even did the whistling part on Professor Longhair's "When You Go to New Orleans." His trumpet playing was smart, slick, and swinging—at one point he departed from his usual style to imitate the staccato bleats and jabs of Kid Thomas Valentine on "Old Gray Bonnet." Other tunes included "Royal Garden Blues," "Bye and Bye," "Burgundy Street Blues," "When You're Smiling," "Whoopin' Blues," and "Please Don't Talk About Me" (featuring the irrepressible Ronell Johnson on trombone and vocal). A special treat was the piano work of Tom Hook, who also sang three Louis Prima songs from his "Jump, Jive, and Wail" show at the World War II museum. By the end of the night, I was energized and ready to go another three sets. I had so much fun I'm planning to go sit in with Wendell and Tom Hook tonight on their regular Tuesday gig at Dos Jefes on Tchoupitoulas.

Posted by Tom Sancton at 7:40 AM No comments: 
In art lingo, work that fulfills its potential is deemed "fully realized," and this show has many examples. Sylvaine Sancton's abstract paintings and sculptures at Barrister's express a fully realized vision that transcends media. Whether it's paint, wood or travertine, Sancton's sinuous, organic forms are pristine articulations of the transcendent reality that she sees just beyond the ordinary reality we all share. One unusual attribute of this show is how the sculpture "explains" the paintings and vice-versa, making it clear that all reflect the same essential vision, which is just as much a "reality" as any "realistic" art, subjective though it may be. Or as she puts it: "The nature of my work is sensual and emotional. There are only lines, color, and matter... It does not represent reality. It is reality"
—Eric Bookhardt, Gambit,  2/17/2014
Posted by Tom Sancton at 12:14 PM No comments:

BLAST FROM THE PAST: THE ORIGINAL BLACK EAGLE JAZZ BAND

My old friend and former bandmate Tony Pringle recently sent me this photo of one of the earliest appearances of our Black Eagle Jazz Band in Peterborough, New Hampshire, in 1970. (That's me on the right sporting an afro and a Harvard crew shirt.) Other members of the band are Pringle on cornet, Ray Smith on drums, Jim Klippert on trombone, Eli Newberger on piano, and Dave Duquette on banjo.
Tony and I put the original group together in about 1969. Tony, a computer engineer, had recently arrived from Liverpool (via Ohio) and was looking for musicians who shared his passion of George Lewis-style New Orleans jazz. Somebody gave him my name, so he showed up at my dorm at Harvard one day and we immediately decided to put together a group of like-minded musicians in the Boston area. The guys in this photo were the first "generation" of the Black Eagles.
Soon after this photo was taken, Pam Pameijer took over on drums;  Duquette moved to Texas and Peter Bullis filled the banjo chair. That was the group that recorded with Chester Zardis on bass in 1971 and played that year in the second New Orleans Jazz and Heritage Festival, with Kid Ory on the front row. Ory shook our hands after the concert and praised the band—an unforgettable moment. Later that year, I graduated and left for Oxford, Klippert moved to California, and the band continued under Tony's leadership as the New Black Eagle Jazz Band. More than four decades later the NBEJB is still playing and prospering.
Posted by Tom Sancton at 4:24 PM No comments: